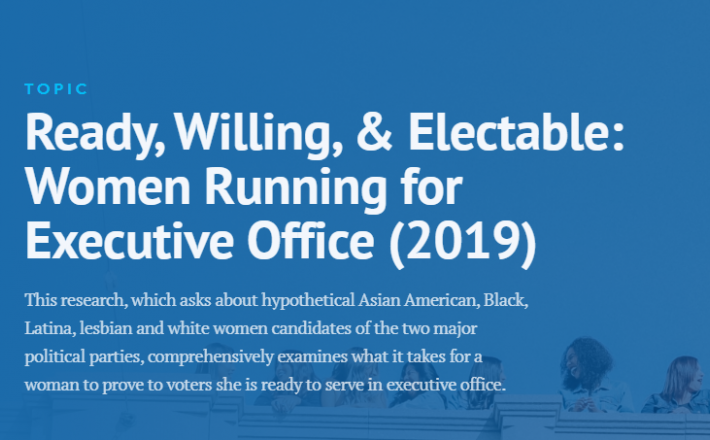 In 2018, a record number of women were elected to Congress, but it’s a different story when you look at governorships. Today, only nine women serve as governor, tying a previous record first set in 2004.

Twenty states have never had a woman governor, whereas only one state has yet to send a woman to Congress.  The numbers are even more stark when it comes to women of color and LGBTQ women: only two states have ever elected a woman of color governor, and there has only been one openly LGBTQ woman elected governor.

When running for executive office, women face obstacles that men running simply do not. The Barbara Lee Family Foundation has consistently found that voters have been more comfortable seeing women serve as members of a legislature than they have been electing them to executive offices—positions where they will have sole decision-making authority.

This research, which asks about hypothetical Asian Pacific Islander American, Black, Latina, lesbian and white women candidates of the two major political parties, comprehensively examines what it takes for a woman to prove to voters she is ready to serve in executive office. For context, it also includes some of the lessons learned from interviews with 2018 gubernatorial candidates and their campaign staffs.