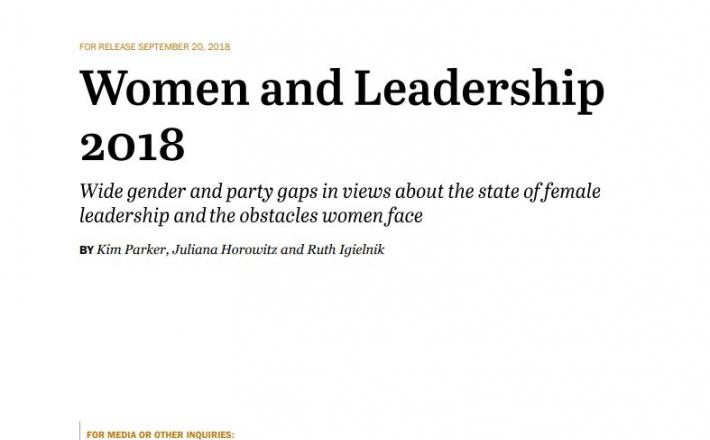 Two years after Hillary Clinton became the first woman to win the presidential nomination of a major U.S. political party, and with a record number of women running for Congress in 2018, a majority of Americans say they would like to see more women in top leadership positions – not only in politics, but also in the corporate world – according to a new Pew Research Center survey. But most say men still have an easier path to the top and that women have to do more to prove their worth. And the public is skeptical that the country will ever achieve gender parity in politics or in business.

Republicans and Democrats have widely different views about where things stand today and what factors are holding women back. Democrats and Democratic-leaning independents are more than twice as likely as Republicans and those who lean Republican to say there are too few women in high political offices (79% vs. 33%). And while 64% of Democrats say gender discrimination is a major reason why women are underrepresented in these positions, only 30% of Republicans agree.