The story of Black women in politics: How we got to Kamala Harris' ascent

The story of Black women in politics: How we got to Kamala Harris' ascent 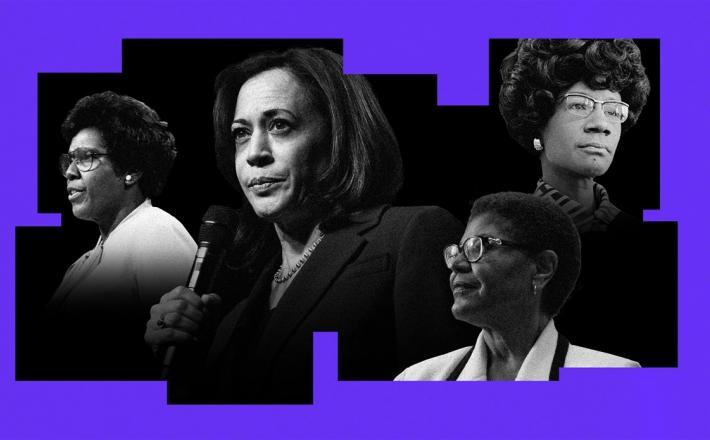 In the late 1990s, Stacey Abrams faced a decision.

Abrams was working on a master’s in public policy at the University of Texas-Austin, gleaning all that she could learn from Rep. Barbara Jordan of Texas, the first Black woman elected to Congress by a former Confederate state. Professor Jordan was a woman in possession of a voice, an intellect and a political strategy so resonant that nearly a decade before Geraldine Ferraro’s historic 1984 vice presidential run, Jordan’s name was floated as a potential running mate for President Jimmy Carter. The man behind the suggestion: Carter adviser, then-Sen. Joe Biden.

For Abrams, Jordan was a personal hero, a guide to the exercise of American political power, and a model of her own ambition. So, when an admissions offer arrived from Yale University Law School, early in Abram’s time at UT, Abrams was torn. In the end, Abrams opted for law school, completing UT at a distance. A few months after that choice, Jordan died. And Abrams, who this year mounted what’s been described as a remarkably overt, potentially disqualifying campaign to become Biden’s running mate, was among the last students Jordan taught.

Click here to read the full article published by NBC News on 12 August 2020.