Is there (still) a gender gap in politics?

Is there (still) a gender gap in politics? 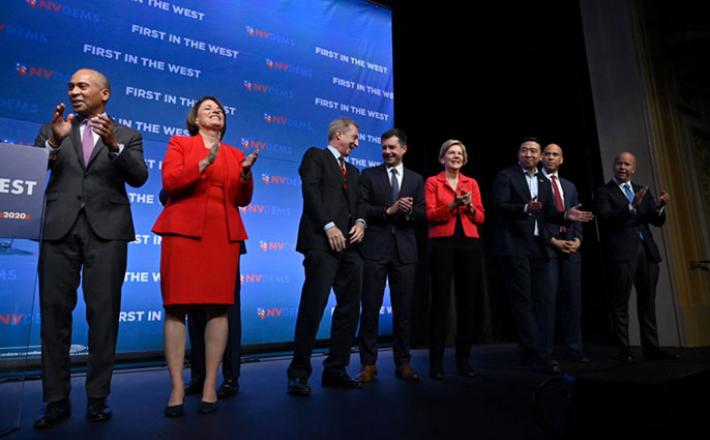 “A few years ago I took my children on a tour of the state Capitol building. My daughter was very interested in the art — the woodwork, the decorative tiles, and the paintings. After viewing the gallery of governor portraits, she turned to me and asked, ‘Where are all the girls?’”

Bernadette Austin, associate director of the University of California, Davis, Center for Regional Change, studies regional issues and demographics in California, and told this story in a recent newsletter to stakeholders.

“We know that representation matters,” she wrote. “When we see people like ourselves in positions of leadership, it signals that someone who shares our history and worldview is making decisions that reflect our interests and values.”

Persistent gender gap over most of half century

As the 2020 elections draw near, an all-time record of six women ran for president on the Democratic ticket. One candidate, Sen. Kamala Harris, dropped out in late fall 2019. Some might call that number — which tripled the previous record — a victory for women’s representation in politics.

Click here to read the full article published by University of California on 7 January 2019.