US: Women secretaries of state face threats and harassment for battling election lies

US: Women secretaries of state face threats and harassment for battling election lies 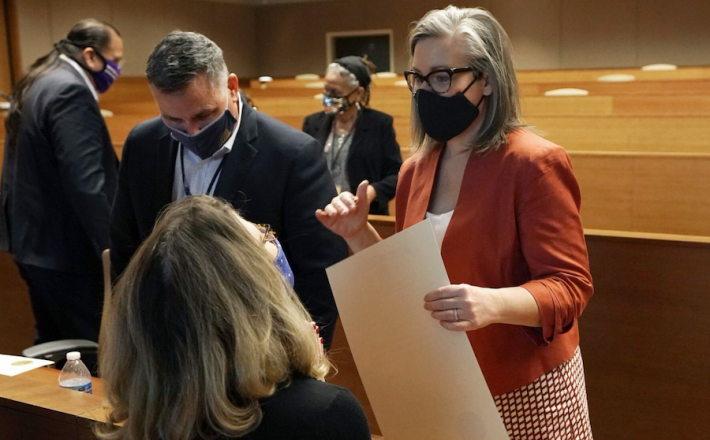 As discussion of falsehoods about the 2020 election and their deadly consequences are televised from Capitol Hill, states’ top election officials are grappling with inaccurate information — which can make them targets.

In the spring of 2021, Arizona Secretary of State Katie Hobbs was in public with staffers following a televised interview when the group spotted a man nearby.

The man, according to Hobbs, began filming and following them. Hobbs’ staff was on high alert: Unbeknownst to the secretary at the time, that day her office had received a threat from an anonymous caller who said Hobbs “deserves to die.” The caller asked what the secretary was wearing to find her more easily.