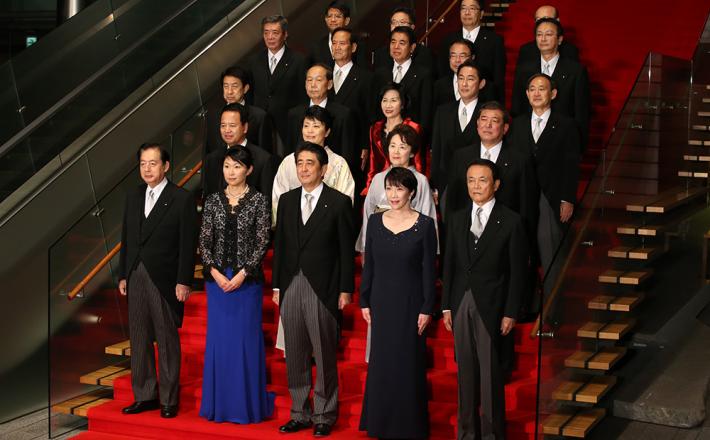 Japanese Prime Minister Shinzo Abe's appointment of a record number of women to his cabinet highlights efforts to power the economy by boosting the female workforce -- but he faces myriad challenges turning that vision into reality.

On Wednesday, Abe gave key jobs -- including the justice ministry and oversight of the embattled nuclear power sector -- to women, who now make up more than a quarter of the 18-strong cabinet.

"Creating a society where women can shine is a big challenge that the Abe cabinet is taking on," said the conservative premier, who swept to power in late 2012 on a ticket to kickstart the lumbering economy.

The move followed growing calls for Japan to make better use of its highly-educated but underemployed women as a rapidly ageing population strains the public purse.

Tokyo wants to boost the ratio of women in senior positions to 30 percent by 2020, up from 11 percent now, one of the lowest rates in the world.