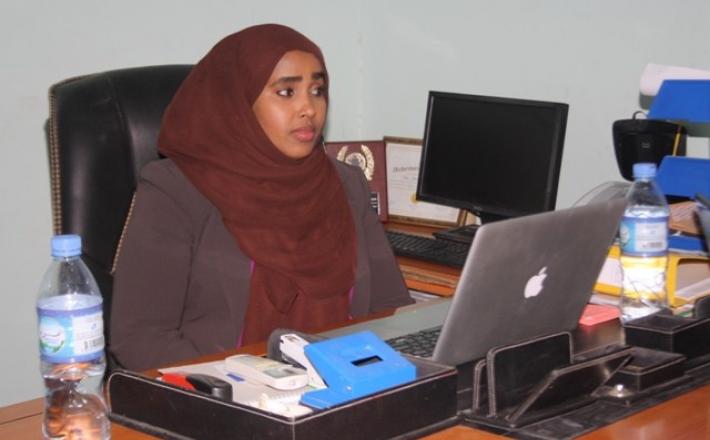 Somali women have been facing formidable challenges and complain about marginalization in politics but they in turn played a pivotal role in securing peace deals between warring forces on the ground. Among the stumbling blocks are cultural and strict religious beliefs, lack of distant goal, psychological backwardness, rape and domestic violence.

Following Somali state collapse in 1991, women braced up for arduous tasks by putting their lives on the frontline to make urgently pressing priorities possible and shape their own destinies.

In Puntland where relative peace prevails in comparison to south-central regions and women are earning livings with ease, Ministry of Women Development and Family Affairs is endeavoring for working democracy, wider participation in decision-making process and elimination of deep-seated Female Genital Mutilation (FGM).

Anisa Abdulkadir Haji Mumin, the current minister of women who returned from the United States in February this year is putting more robust policies into practice to champion women empowerment and encourage their rights to education, positions of authority and employments amongst others as enshrined in regional constitution. In an exclusive interview with Garowe Online staff writer, Mumin explains women’s keenness on democratic traditions as well as larger role in politics.