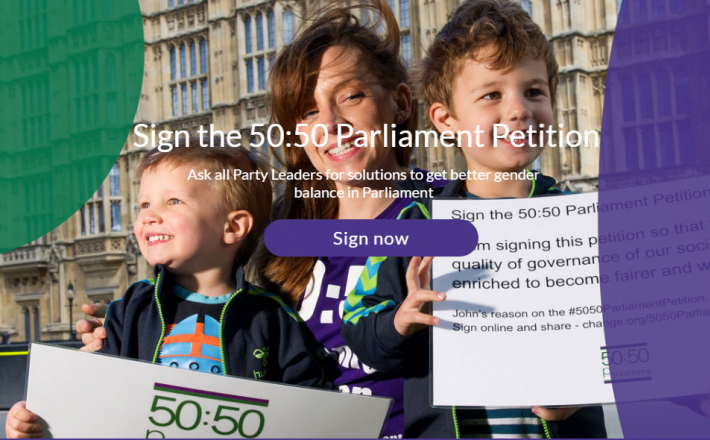 In the United Kingdom, of the 650 seats in the House of Commons, men hold 459 (71%) and women only 191 (29%). There have only ever been 450 women MPs. The vision and the goal of the 50:50 Parliament campaign is a parliament where men and women legislate the laws together, in roughly equal numbers. The many activists and the founder of 50:50 Parliament, Frances Scott, will discuss the success of the 50:50 campaign, its activities and the ways forward for greater female representation in parliament. Click here to attend.