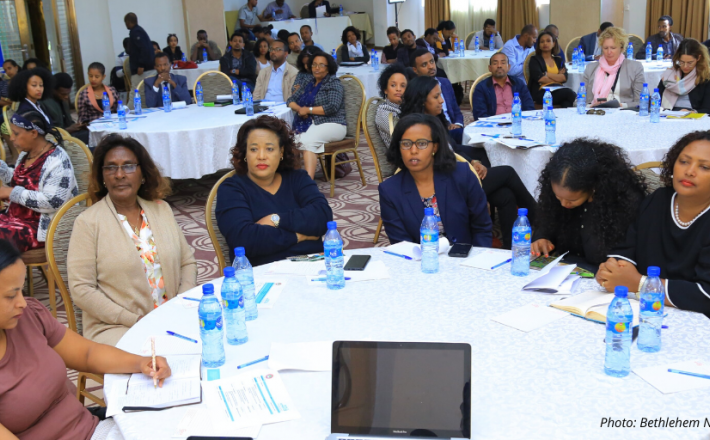 The number of Ethiopian women in the national legislative and executive branches has grown significantly since Ethiopia conducted its first parliamentary election in 1995. However a lot more needs to be done to make sure women are proportionally represented in political decision making.

This was highlighted at a daylong national conference under the theme: “Women’s Political Participation and Election in Ethiopia: Envisioning 2020 and Beyond for generation Equality.” The conference was organized by UN Women Ethiopia, in collaboration with Addis Abeba University’s Center for Human Rights.

“Women politicians face unique forms of online and offline attacks and deliberate actions to discourage their participation in politics. This reflects how patriarchal [our] society is in its functions,” said Daniel Bekele (PhD), Commissioner of Ethiopia Human Rights Commissioner, during his keynote speech. He also said that women face particular challenges in times of elections that seriously impact and discourage their participation.

According to UN women Ethiopia. after Ethiopia’s transition to a federal democratic republic in 1991, the share of seats held by women in parliament has climbed from under three percent in 1991 to 38 percent today. The gender gap in the cabinet has also been upped to 50 percent since Prime Minister came to office.

Click here to read the full article published by Addis Standard on 19 December 2019.