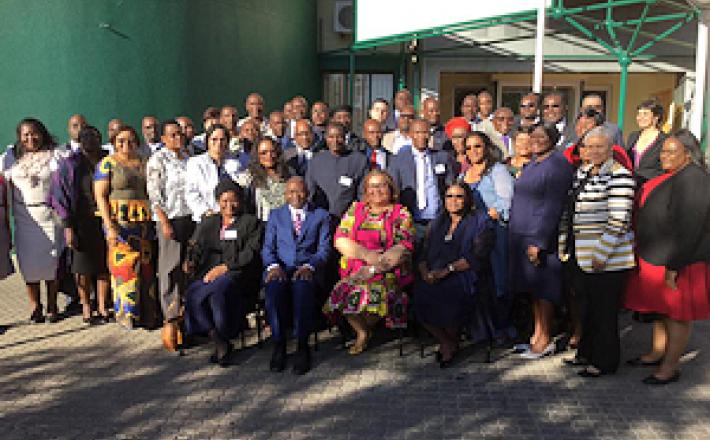 The Namibian Parliament has produced an action plan to promote gender equality through new and revised laws, and enhanced parliamentary oversight of the country’s international human rights commitments. The proposals follow a seminar attended by the Ministers of Justice and Gender Equality, MPs and other officials and stakeholders in the capital, Windhoek. The discussions focused both on the Convention on the Elimination of All Forms of Discrimination against Women (CEDAW) and human rights issues highlighted by the UN in its Universal Periodic Review (UPR).

Participants identified as main challenges long-awaited laws aimed at underpinning equality in marriage, insufficient implementation of legislation on violence against women, and persisting gender stereotypes and harmful practices. Particular emphasis was placed on the role of parliament and MPs in bringing about change. Participants at the event, organized with the help of IPU, heard from Ugandan and Croatian MPs on their experiences in tackling the issues. The seminar was also part of IPU’s longstanding collaboration with the UN CEDAW Committee and growing efforts to promote parliament’s participation in UPR reporting and follow-up. Priority areas for action include enhancing the role of parliament in State reporting before the UN – especially on CEDAW – allocating resources to ensure enforcement of existing legislation and strengthening the capacity of parliament to deliver on gender equality.