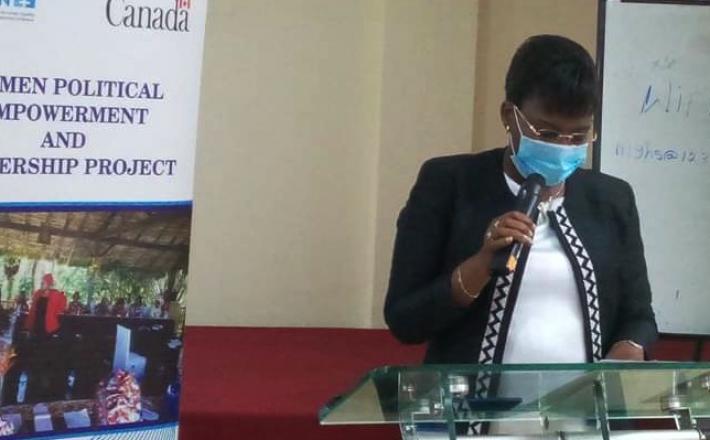 UN Women in partnership with the African Women Leaders Network Liberia Chapter (AWLN-Liberia) has embarked on a consultative meeting with representatives of the women’s wings of the Collaborating Political Parties (CPP) to discuss advocacy strategies for the approval of gender provisions in the electoral law amendments submitted by National Elections Commission (NEC) to the Legislature.

The meeting, which took place last Friday, July 3, at a local resort in Monrovia, was held under the theme, “Enhancing Women’s Participation in Governance: Focus on Electoral Law Reform and Integrating Women into Political Party Structures.”

UN Women, under the Women Political Empowerment and Leadership Project, with funding from the Government of Canada, provided support for the meeting. The meeting was the first of three meetings that will be held with leaders of women’s wings of political parties in Liberia.

The provisions in the law will facilitate an enabling environment for the participation of women in politics, including Senatorial elections to be held in December this year.

Click here to read the full article published by Liberian Observer on 7 July 2020.