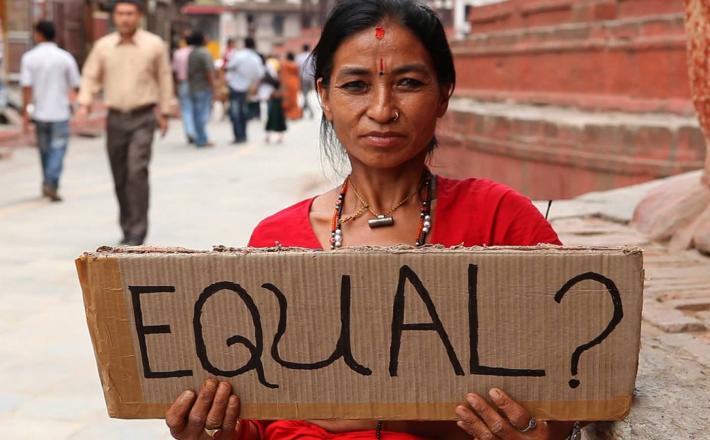 On the margins of the UN High-Level Political Forum, UN Women, UNICEF, UNHCR and the Global Campaign for Equal Nationality Rights joined the Permanent Mission of Tunisia and the Office of the Permanent Observer for the League of Arab States to the United Nations at a side event, calling for the urgent repeal of gender-discriminatory nationality laws.

For instance, 25 countries continue to discriminate against women in their ability to confer their nationality on their children on an equal basis as men, leading to statelessness when children cannot acquire nationality from their fathers. In addition, an estimated 50 countries deny women equal rights with men to acquire, change or retain their nationality, including the ability of women to confer nationality on their non-national spouses. Without citizenship, children and foreign spouses are often subject to a range of restrictions in their job and education possibilities, their ability to travel, and to open bank accounts, own or inherit property.

Today’s event took place at a time when a number of other regional efforts are underway to fulfil gender equality in nationality laws. For instance, the African Union is in the process of finalizing a draft Protocol to the African Charter on Human and People’s Rights on the Right to Nationality. The Protocol calls on Member States of the African Union to uphold equal nationality rights and as well as the elimination of statelessness. Similarly, the Economic Community of West African States is implementing its 2015 Abidjan Declaration of Ministers of ECOWAS Member States on the Eradication of Statelessness, which is dedicated to eradicating gender discrimination in nationality laws in line with CEDAW.

UN agencies speaking at the side event urged countries to seize the momentum, while ensuring that no one is left behind, in line with the 2030 Agenda for Sustainable Development.