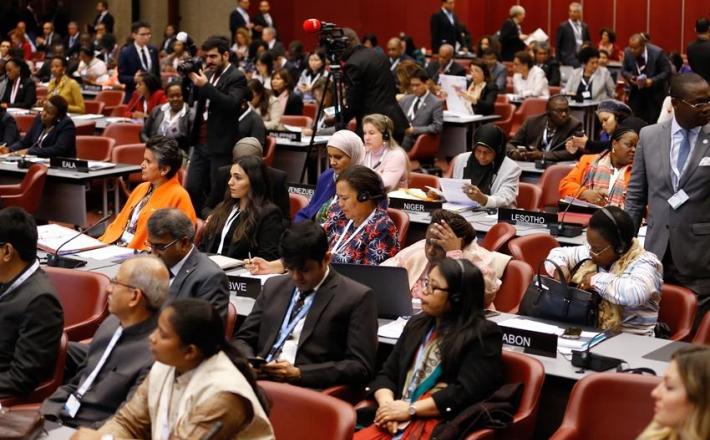 The 12th Summit of Women Speakers of Parliament, organized jointly by the Inter-Parliamentary Union (IPU) and the Chamber of Deputies of Bolivia, will bring together the most senior women parliamentary leaders to address gender issues in parliaments, and explore avenues for more inclusive political institutions where every voice counts.

The Summit will be held on 25-26 April in Cochabamba, Bolivia, one of the few countries to have achieved gender parity in Parliament and to have enacted specific legislation to combat violence against women in politics.

A recent IPU analysis showed that the number of women in national parliaments in 2017 only increased by 0.1 percentage point from 2016, from 23.3% to 23.4%. This modest gain was in contrast to the high number of women winning seats at elections in 2017, accounting for 27.1%. Summit participants will examine the root causes of women’s under-representation in politics. They will assess achievements and analyse persistent obstacles to women’s full participation.

The Speakers will also focus on finding solutions to end violence against women politicians, an issue that has become increasingly topical in recent years. Worldwide, women politicians face daily sexual harassment and intimidation, as well as gender-based violence. A 2016 IPU survey of women MPs from 39 countries across all regions revealed that over 81.8 % of the respondents reported having experienced some form of psychological violence. Over 44% said they had received threats of rape, beatings, kidnapping or death.

The Speakers will look in depth at their role and responsibility as leaders in ensuring parliaments are free from violence.

“This Summit is an opportunity to assess progress in women’s leadership in parliaments. We now have 51 women speakers of parliament, in 48 countries, which corresponds to 18.3% of presiding officer positions in parliament. But it is also an opportunity to sound the alarm on the remaining barriers to women’s full participation in politics, and raise our voices against the harassment of our female colleagues,” said IPU President Gabriela Cuevas Barron.

In addition, making parliaments more representative and ensuring they deliver real power to all the people will be a leading topic on the Summit agenda.  Innovative initiatives to achieve fully inclusive parliamentary institutions will be examined, including electoral reforms to open parliament to a more diverse representation, and using new technologies to bring the views of citizens directly to parliamentary deliberations.