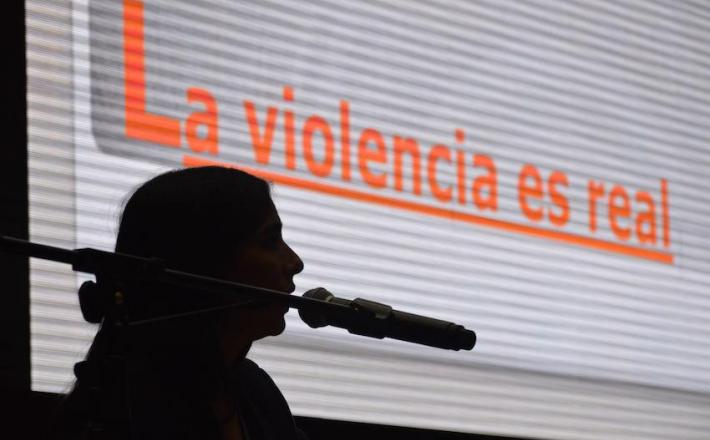 Female parliamentarians worldwide called for immediate reforms to stop sexism, harassment and violence against women in parliaments. This includes urging all parliaments to set concrete targets and deadlines to achieve equal representation of women and men.

Taking part in the 12th Summit of Women Speakers of Parliament on 25-26 April, women MPs urged the Inter-Parliamentary Union (IPU) to lead global reform actions to end all forms of harassment in parliament. Participants specified that by the end of 2018, the IPU should collect best practices and issue concrete guidelines on promoting adequate responses by parliaments to sexism, harassment and violence against women MPs.

Women leaders and MPs at the Summit also declared that more must be done to hold parliaments to account on gender equality. Both male and female MPs must analyse government policies and legislation from a gender perspective and mainstream gender in the functioning of the parliament. Additionally, governments and MPs must do more to establish and promote civic education programmes that create a culture of equality at an early age.

The Summit participants meeting in Cochabamba, Bolivia, took inspiration from the host parliament’s initiatives to ensure gender parity in parliament.

Bolivia is the leader in South America when it comes to inclusion of women in politics. Gender quotas were successfully introduced into the 2009 Constitution, ensuring equal female representation and requiring parity between men and women at all levels of government. The rights of indigenous women were particularly strengthened in the Constitution and in political decision-making more broadly.  The result has been that women’s representation in the country is the third highest in the world after Rwanda and Cuba according to IPU statistics.

“This Summit was a major step in our global work to achieve gender parity in parliaments. The energy and commitment of the participants means that nothing will hold us back from achieving the objectives we set during our meeting,” summed up IPU President Gabriela Cuevas Barron.

Other issues covered at the Summit included an overview of actions taken in follow-up to the Abu Dhabi Declaration. The Declaration was adopted following the Summit of Women Speakers held in December 2016. It focuses on the role of parliaments in addressing new challenges with a view to the future; empowering young people and achieving gender equality in parliament by 2030. Participants at the Bolivia Summit highlighted best practices in meeting Declaration goals and aspirations and identified next steps to maintain momentum.

The 12th Summit of Women Speakers of Parliament was jointly organized by the IPU and the Bolivian Chamber of Deputies. The Summit annually brings together the most senior women parliamentary leaders in the world to advocate for gender equality and influence the global parliamentary agenda.