‘It happened because I am a woman’: von der Leyen speaks of Turkey snub

‘It happened because I am a woman’: von der Leyen speaks of Turkey snub 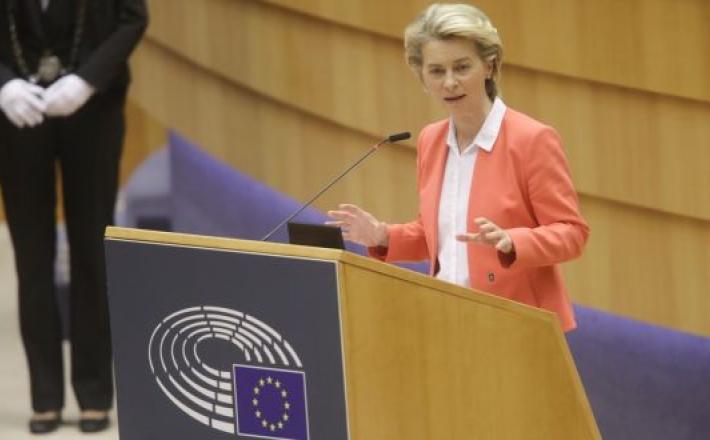 The first female president of the European Commission, Ursula von der Leyen, has blamed sexism for an incident in which she was left without a chair on a diplomatic visit to Turkey, in a speech in which she described the hurt and isolation she felt.

In an impassioned address to the European Parliament, the commission chief linked the snub – dubbed “sofagate” – to the unequal treatment of women around the world, and declared her intention to see the European Union ratify the Istanbul Convention, a landmark treaty against domestic violence that several governments have turned against.

“I have to conclude, it happened because I am a woman,” she told MEPs.

“Especially the female members of this House, I am sure, know exactly how I felt. I felt hurt and left alone: as a woman and as a European. Because this is not about seating arrangements or protocol. This goes to the core of who we are. This goes to the values our union stands for. And this shows how far we still have to go before women are treated as equals. Always, and everywhere.”

Click here to read the full article published by The Irish Times on 26 April 2021.