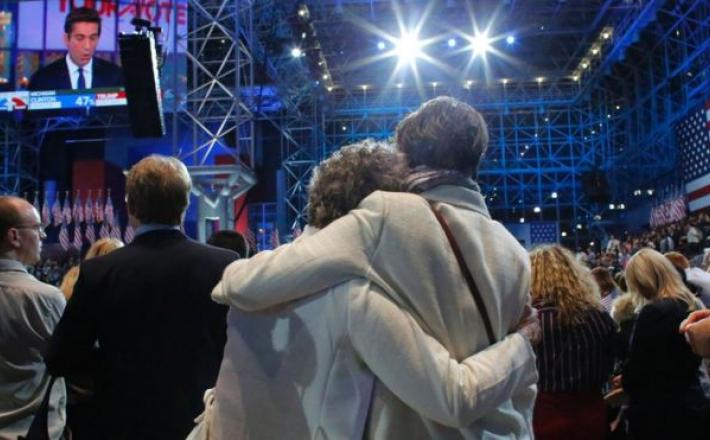 "I can't believe we just put the biggest crack in that glass ceiling yet... if there are any girls out there that stayed up late to watch - I may become the next woman president, but one of you is next." The words of Hillary Clinton on becoming the Democrat nominee in July 2016.

In the end she failed to smash the ceiling, but Hillary Clinton's choice of election night venue was anything but coincidental.

The Javits Center is thought to have the biggest glass ceiling in New York City, and would have been the perfect setting for her to become the first woman president in US history.

But Mrs Clinton's defeat bucked the trend - the number of elected women in power globally has doubled over the past decade.

There are 15 women currently in power, eight of whom are their country's first female leader, according to analysis by Pew Research Centre.

But that still means that women leaders represent fewer than 10% of the 193 United Nations member states.

These leaders are clearly breaking down barriers - but are they taking other women in their country along with them? The political quota system in Indian local government may yield a clue.

Click here to read the full article published by BBC News on 4 October 2017.