'2020 will be my year': the push to elect women in Vanuatu, a nation with no female MPs

'2020 will be my year': the push to elect women in Vanuatu, a nation with no female MPs 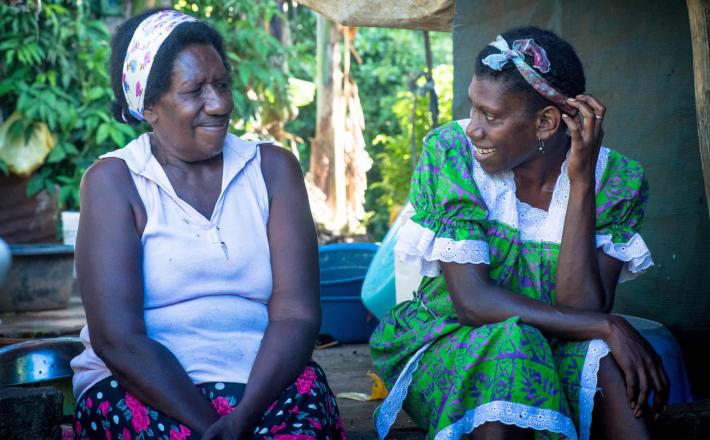 Motoralivoa Hilda Lini stands at the front door of Vanuatu’s parliament, wearing an elegant pink dress and customary pig tusks on her wrists, signifying her chiefly status. When the Guardian apologises for being late, because we had been waiting on the street unaware it was possible to simply walk into Parliament House, she replies: “Hemia ples blong yumi evriwan” – this place is for everyone.

Except it isn’t. At least not at the moment.

Vanuatu – a South Pacific nation with a population of nearly 300,000 people, just a three-hour flight from Australia – is regarded as one of the more progressive nations in the Pacific. But there is one area where it is glaringly out of step: it is one of just three countries in the world with no women in its parliament. The last time a woman was elected into parliament in Vanuatu was in 2008.

But as the country prepares to go to the polls on Thursday to elect a new government, there has been a concerted push to make sure women are among the 52 MPs elected to the new parliament.

“We need women in there; there is no question about it,” says Lini, who became Vanuatu’s first female member of parliament when she was elected in 1987. “We fought for Vanuatu to become a democracy and if we want to make democracy a reality, then we need to include everyone in decision making.”

Hailing from the island of Pentecost, Lini is one of the few female chiefs in Vanuatu. Her brother, the late Father Walter Lini, was one of the founders of Vanuatu and the first prime minister of the country after it achieved independence from Britain and France in 1980.

Click here to read the full article published by The Guardian on 14 March 2020.