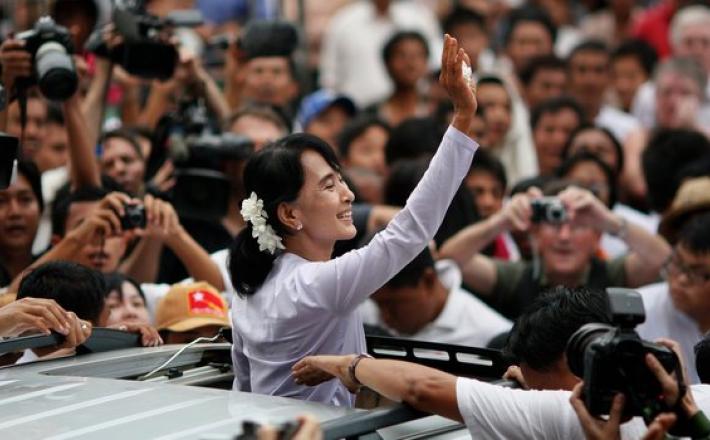 It is official. The decades of military-rule dictatorship are over in Myanmar. The National League for Democracy (NLD), led by the iconic Aung San Suu Kyi, has triumphed with more than the minimum two-thirds it needs to choose a president for the country. In the new capital of Naypyidaw, Myanmar’s election commission declared that the NLD party swept 348 seats across the lower and upper house of parliament, 19 more than the 329 needed for an absolute majority. However, a quarter of seats are automatically held by the military, meaning it remains significantly influential. 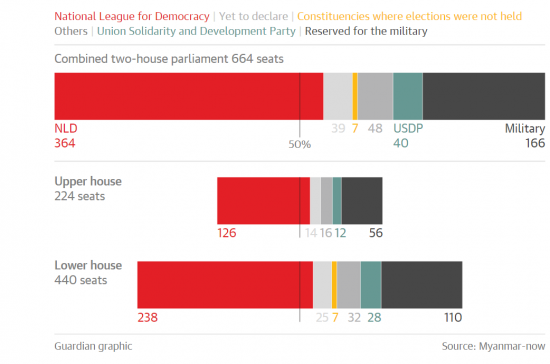 Under the current junta-era constitution, Aung San Suu Kyi cannot become president herself because she married and had children with a foreigner. Having spent years under house arrest, NLD’s leader has said that a triumph for her party and democracy would place her “above the president”.

“The Lady” as she is known, was released five years ago from 15 years of house arrest between 1989 and 2010. The seventy-year-old was detained by the military-ruled government because of her efforts to bring democracy to her country, making her one of today’s international symbols of peaceful resistance. During her detention, she was awarded the Nobel Peace Prize and the committee chairman called her "an outstanding example of the power of the powerless". For more information, please visit here and here.