Barbados prime minister calls a snap election, the first poll for the island as a republic

Barbados prime minister calls a snap election, the first poll for the island as a republic 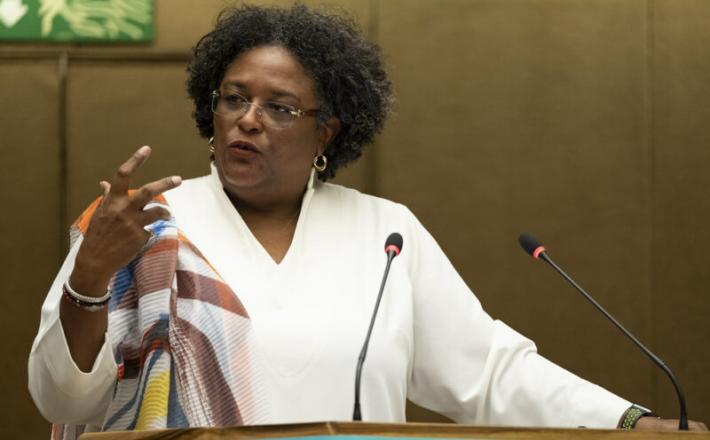 For the first time in the island’s history, women leaders will take Barbados’ two major political parties into the arena as the island prepares for a snap general election. Incumbent prime minister, Mia Mottley, head of the Barbados Labour Party (BLP) will face off with attorney-at-law Verla De Peiza and the Democratic Labour Party (DLP) at the polls set for January 19, 2022.

This will also be the first general election to take place since the island became a republic at midnight on November 30.

Click here to read the full article published by Global Voices on 14 January 2022.