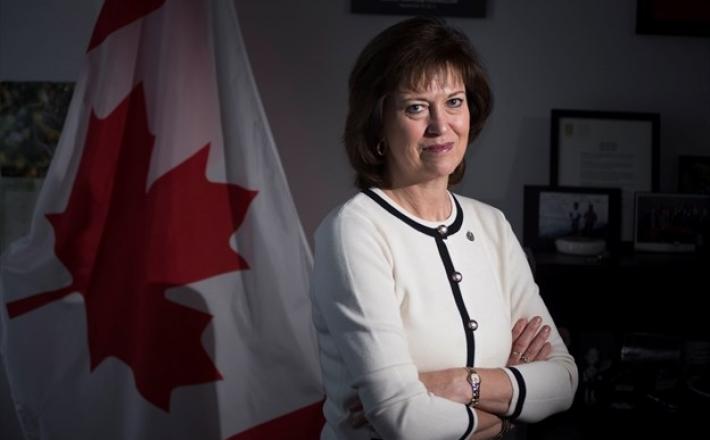 Burlington MP told online she was 'a traitor to the country' and should abort unborn baby after announcing pregnancy.

When a social media user decided to post a derogatory comment to Pam Damoff’s Twitter page, rather than brushing it off and ignoring it, the Oakville North-Burlington MP took him to task.

On Feb. 6, Wayne Nikitiuk, through his Twitter account @WayneNikitiuk, posted to @PamDamoff: “So, you’re a public parasite living off the productive private sector for your ENTIRE life!? I’d be f@cking embarrassed.”

The comment was in response to a pinned tweet posted on Damoff’s Twitter page, from Dec. 27, 2016, referencing a photo of her as a young Parliament Hill staffer meeting then Prime Minister Pierre Trudeau in the early 1980s; alongside a more recent photo of her with Prime Minister Justin Trudeau (Pierre’s son) as an MP.

“It upsets me to see it, but I also felt it was time to stand up to the bullies and call it out,” explained Damoff, of why she decided to respond.

“Social media creates keyboard warriors, who type things they would never say to your face. Sadly, when I put out comments on gender equality, it often pulls in the trolls who post negative comments.”

After receiving backlash on Twitter to his tweet, Nikitiuk — a Vancouver, B.C. resident and portfolio manager at Raymond James — Wayne Nikitiuk Financial Group — removed his post; but not before other social media users had taken screenshots of it.

Click here to read the full article published by Inside Halton on 20 February 2018.