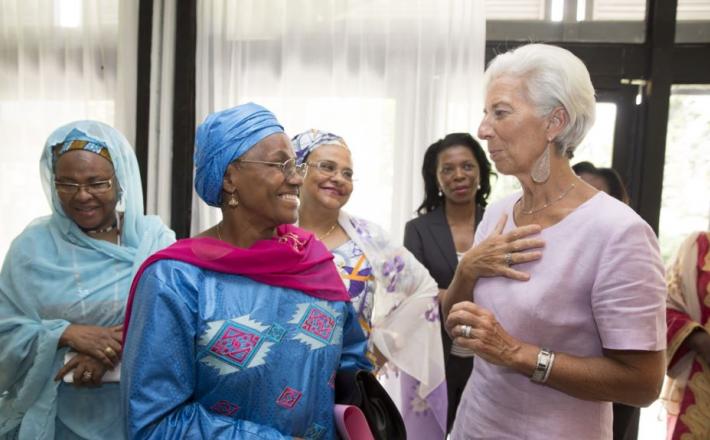 YAOUNDE — Political parties in Cameroon have set an ambitious goal ahead of this year’s polls — to put women in at least 30 percent of elected offices.

An all-female orchestra plays as 300 women selected from associations around Cameroon campaign in markets, universities and popular spots in the capital, asking women to register to vote.

Twenty-nine-year-old fish seller Clarisse Kongnyuy says she agreed to register because the women convinced her that with hard work, she might even one day be on the ballot.

“We can be able to do what a man can do, to be given posts that the world thinks that is only for men," she said. "There are women who are mechanics. There are women who are driving Caterpillars and all the like, but at first they thought that that was just the job of a man. The problem is that some of the women are not pushful. They are like sleeping."

Cameroon will be having a series of important elections this year — local, parliamentary and presidential.

Political parties, including the main opposition SDF and the ruling CPDM, have taken public commitments to achieve a U.N.-established benchmark of at least 30 percent female representation. The government has echoed that commitment, calling on parties to put forth an adequate number of female candidates.

The first election of the year is the senatorial, scheduled for March 25.

Click here to read the full article published by VOA News on 21 February 2018.