Center for the Holistic Development of Aymara Women

Center for the Holistic Development of Aymara Women 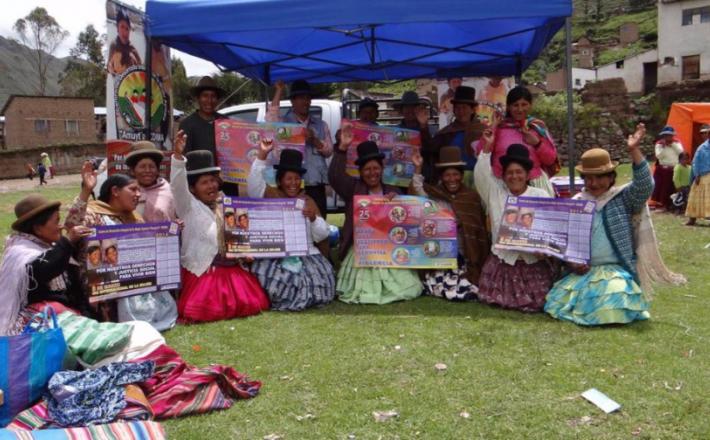 Womankind Worldwide explains the importance of the CDIMA, Center for the Holistic Development of Aymara Women (CDIMA). Asunta is 46 and from Queñi. For years she suffered physical and emotional abuse from her brother. “He wanted to have all the land to himself and nothing for me, just because I’m a woman.”

But a few years ago Asunta decided to take part in a training workshop run by CDIMA. She travelled for three hours to get there; she was determined to make change. She is also now a member of a Rights and Justice Committee.

“Before [the men] didn’t let me speak. That was really sad for me – I didn’t want to speak in public. But now I am different and I can speak, even if they are saying the opposite to me. I want to help others understand that no person has the right to discriminate against another. I told [my brother] that I too have rights. I said I would never live with violence again. Now we live far away from him and we’re not in contact.”

Eulogia, a 42 year old mother, lives in Wilasi. Before CDIMA started working in her community, Eulogia was very quiet and lacked confidence. “I was afraid of speaking at meetings; I wondered what they would think of me… now I know I was mistaken.”  Learning about the laws that protect women in Bolivia helped Eulogia lose the fear of expressing herself in public. Her home life is better now too, as her husband also attended CDIMA’s workshops. “We exercise our rights with equality, because now we have changed for the better”.

These inspirational women are three among many who have been supported by CDIMA to change their lives. But they couldn't have done it without your support. Click here to support CDIMA.