Colorado, Vermont, and Arizona, are the three states of the USA with the highest proportion of women legislators

Colorado, Vermont, and Arizona, are the three states of the USA with the highest proportion of women legislators 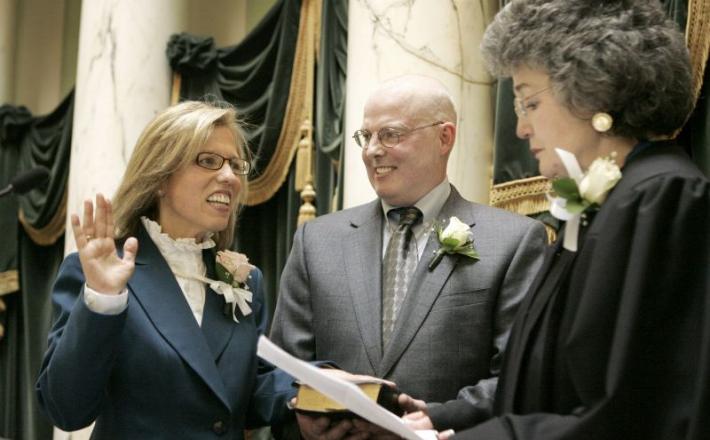 The political participation of women is currently a hot topic in American politics. In the race to the 2016 United States presidential elections, different polls declare Hillary Clinton a strong candidate to become the first female President of the country. Never before a woman had bigger chances to become President of the USA. However, gender equality in politics and women’s political empowerment is still a goal to be achieved. Politics remain a male-dominated field, despite the fact that this situation is progressively changing towards a more gender-balanced political sphere. Graphiq politics site InsideGov developed a research on female representation in politics at the state level, using data from the National Conference of State Legislatures. The work resulted in a list of the 25 states with the highest percentage of women in elected office. Although women are 50.8 percent of the population in the USA, they only represent an overall 24.5 percent of state legislators. Arizona, with 36.7%, Vermont, with 41.1%, and Colorado, with 42%, are the three states with the highest proportion of women legislators. Click here to learn more and access the result of this work.