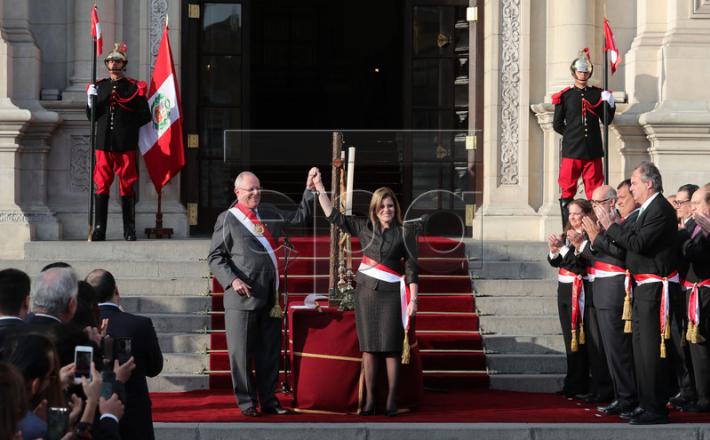 LIMA – Peru’s Second Vice President, Mercedes Araoz, an economist by training, was sworn in on 17 September 2017 as the new head of the Council of Ministers –known as the prime minister–, formed by 13 members of the cabinet and headed to date by fellow economist Fernando Zavala.

Araoz, 56, took the oath of office before President Pedro Pablo Kuczynski at a ceremony held at the Government Palace in Lima, where five other new ministers were also sworn in and another 13 such appointments were confirmed by the president.

In addition to the prime minister, Kuczynski also changed his ministers of Economy and Finance, Education, Health, Justice and Human Rights and Housing and Construction.

Click here to read the full article published by The Latin American Herald Tribune on 17 September 2017.