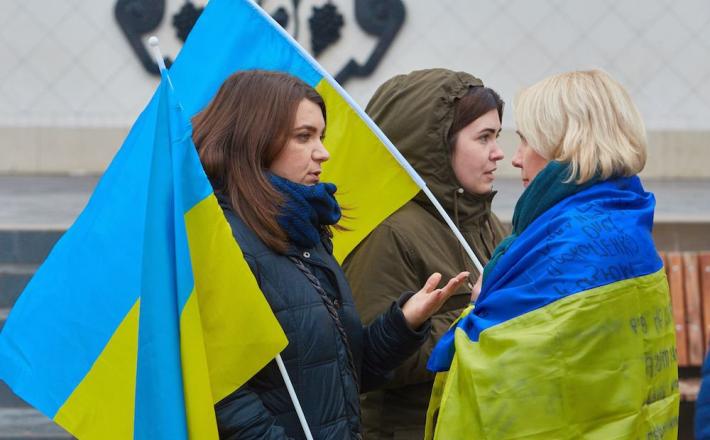 A businesswoman from the southern city of Kherson, Eremenko has seen Ukraine’s local political system from the inside. After helping the Ukrainian army when war broke out in the east of the country in 2014, she ran for city council in a national political party - but didn’t get in. Three years later, when a council member died, it was Eremenko’s turn to join the Kherson council.

Yet other party members tried to “come to an agreement” with Eremenko, she says. In exchange for money, the idea was that Eremenko would refuse to take her seat on the council - as mandated by the original candidate list she ran on - and another party member would take the vacant seat.

“I said I’m not going to sell my seat. I don’t need money. I’m going to work for the good of society, I also think I deserve to take a deputy’s seat. Then one of the candidates said: ‘Better you take the money and buy yourself a dress.’ It was very unpleasant. I believe that women are capable of earning money by themselves,” Eremenko tells me. “A woman has to prove her competence, the ability to stand next to men. You have to put in more effort.”

Click here to read the full article published by Open Democrazy on 25 November 2020.