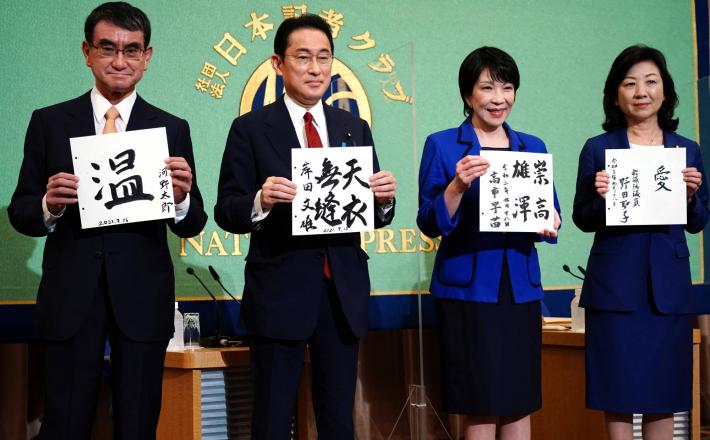 Two women have entered the race for the leadership of Japan’s ruling party for the first time in its 66-year history, putting in the spotlight both the strides taken and the hurdles that still face female politicians in a country that lags far behind other nations on gender equality.

But despite the unprecedented female presence — making up half the four-person field — some experts say gender inequality will likely remain unaddressed as the Liberal Democratic Party is still heavily influenced by conservative male heavyweights.

The two other candidates running in the Sept. 29 election to succeed outgoing Prime Minister Yoshihide Suga are vaccination minister Taro Kono, 58, and former Foreign Minister Fumio Kishida, 64. The winner of the race will become prime minister as the LDP-led coalition controls both chambers of the Diet.

In the long history of the LDP, Yuriko Koike, now the governor of Tokyo, became the first female lawmaker to run for party leader in 2008 but she lost to Taro Aso, now deputy prime minister and finance minister, in a landslide.

Click here to read the full article published by the Japan Times on 22 September 2021.