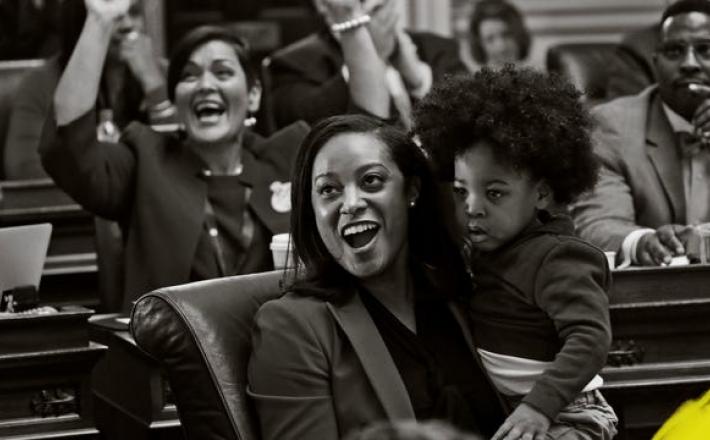 Research has found it is smart to invest in the candidacies of Black women. But one expert says because of their loyalty to the Democratic Party, in particular, there's less incentive to court them.

“We have shown how Black women lead, yet the Party’s leadership from Washington to the state parties have few or no Black women in leadership," the letter said. "More and more, Black women are running for office and winning elections – with scant support from Democratic Party infrastructure."

More than four years since the letter was written, Atlanta Mayor Keisha Lance Bottoms is now the Democratic National Committee’s vice chair of civic engagement and voter protection. Kamala Harris is the nation’s the first Black woman and the first South Asian woman to be vice president.

Despite these gains, Black women continue to be underrepresented in statewide offices across the nation. In Virginia’s recent Democratic primary for governor, neither of the two Black women running won the race. (Virginia has also never elected a Black woman to Congress.)