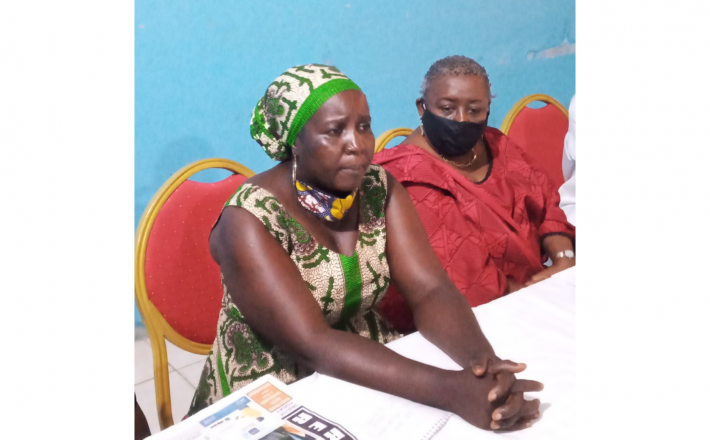 Monrovia – A coalition of Liberian women have joined the only female and leading senatorial candidate in the ongoing election in Gbarpolu County, Madam Botoe Kanneh in seeking assurances from the Government of Liberia to provide security for her and supporters ahead of the rescheduled election in Nomodatonau Town, located within the county’s third electoral District.

It can be recalled that election in the town, called Normor for short, was suspended on December 8, 2020 by the National Elections Commission (NEC) when the Paramount Chief of the area, identified as McGill Wuluah allegedly ordered a group of young people to seize the ballot boxes assigned to the town’s Precinct for unknown reasons. The Precinct, with Code #45039, comprises four polling places with 2,021 registered voters, according the National Elections Commission (NEC).

The election was rescheduled on December 15, 2020, but on the eve of the polls, the powerful all-male traditional Poro society, allegedly acting on the orders of Chief Wuluah, attacked Madam Kanneh and her supporters and stopped them from entering the town. She was forced to flee and sought refuge to nearby villages. Her supporters and relatives including her brother, were allegedly beaten and held hostage by the traditional devil. Some of them are currently being held in detention in Bopolu, the county’s headquarters.

She was later rescued by a coalition of pro-women organizations and taken to Monrovia.

Click here to read the full article published by FPA on 5 January 2021.