Libyan women at the frontline of war, but with no seat at the peace table

Libyan women at the frontline of war, but with no seat at the peace table 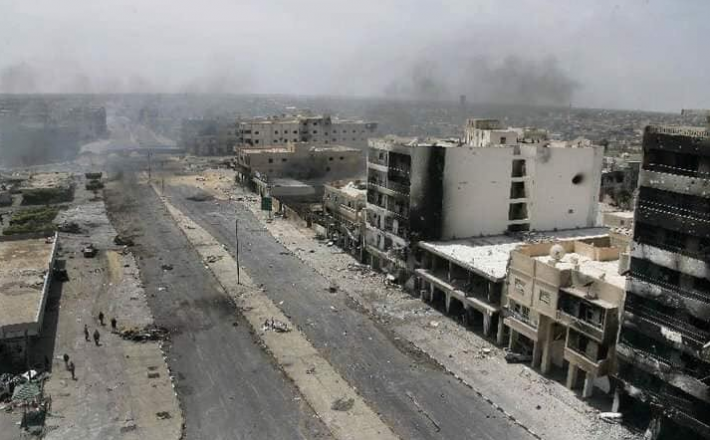 On April 4, General Khalifa Haftar advanced with his Libyan National Army (LNA) on Tripoli in an attempt to take over the capital from the UN-backed Government of National Accord (GNA).  Prime Minister Fayez Serraj who leads the GNA described the offensive as “an attempted coup”. Haftar has been slowly building alliances, and now has the backing of France, the United Arab Emirates, Saudi Arabia and Egypt. Serraj and the GNA have the backing of Turkey, Qatar, and Italy, however, the GNA’s army is an array of militias. Since Haftar’s advance on Tripoli neither side has backed down.

Three weeks on, more than 250 Libyans have been killed, over a thousand injured and more than 25,000 displaced. According to Doctors without Borders, thousands of civilians are trapped in conflict zones, while migrants remain held in detention centers and are “particularly vulnerable due to the inhumane conditions of the camps”.

Libya has been torn by violence and political instability since the NATO alliance with the UN Security Council’s blessing, ousted long-time ruler Muammar Gaddafi in 2011.  But world powers did not deploy a peacekeeping mission to Libya. So as the Gaddafi regime crumbled a security vacuum emerged and Libya become a cipher for militias from across the region.

Click here to read the full article published by ICAN on 24 April 2019.