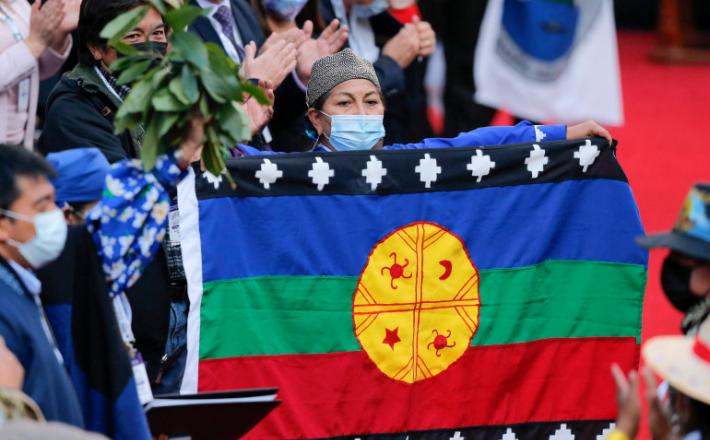 The architects of Chile’s new constitution have chosen an Indigenous Mapuche woman to lead the process, as the country’s constitutional assembly was inaugurated on Sunday in the capital, Santiago.

University professor and activist for Mapuche educational and linguistic rights Elisa Loncon, a 58-year-old independent constituent, was picked by 96 of 155 delegates, including 17 Indigenous people, who make up the constitutional body.

The delegates were elected to draft a new text to replace Chile’s previous Magna Carta, which was produced during the dictatorship of Augusto Pinochet.

“I am grateful for the support of the different coalitions that placed their trust and their dreams in the hands of the Mapuche nation, who voted for a Mapuche person, a woman, to change the history of this country,” Loncon said.

Click here to read the full article published by Al Jazeera on 4 July 2021.