Michelle Bachelet of Chile nominated to be next UN Rights Commissioner

Michelle Bachelet of Chile nominated to be next UN Rights Commissioner 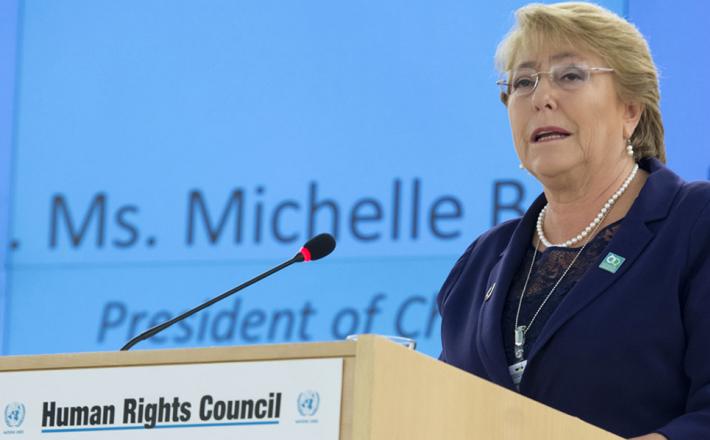 United Nations Secretary-General António Guterres has nominated Michelle Bachelet, a former president of Chile, to become the next UN high commissioner for human rights. The nomination has been sent to the General Assembly for approval.

Bachelet, who is 66, was Guterres’s top choice all along in the selection process, which began informally in the spring, after the current human-rights commissioner, Zeid Ra’ad al-Hussein, a Jordanian diplomat, announced he would not seek a second term.

Nikki Haley, America’s ambassador to the UN, gave only grudging support to the choice of Bachelet, a Socialist politician. In a brief statement released on Aug. 8, Haley rehashed the Trump administration’s criticisms of the UN human-rights machinery. “The Commissioner can have a strong voice on these critical issues, even when the Human Rights Council fails to live up to its name,” Haley’s statement said. “It is incumbent on the Secretary-General’s choice, Ms. Bachelet, to avoid the failures of the past.” There were no words of congratulations or good wishes for Bachelet.

Click here to read the full article published by Pass Blue on 8 August 2018.