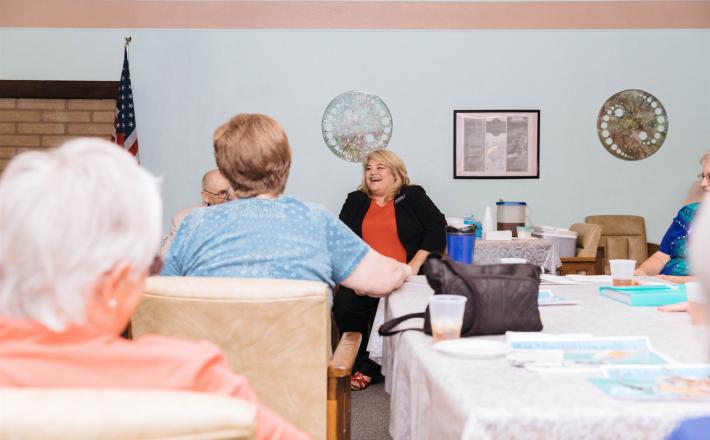 Lesia Romanov, the assistant principal at an at-risk elementary school on the outskirts of town, is running for the Nevada state assembly against a brothel owner and self-proclaimed pimp, Dennis Hof.

The paradox could not be greater. And for women in Nevada — and across the country — the opportunity for political advancement in this year's election season is growing by the day.

Hof, the owner of the infamous Bunny Ranch brothel calls himself the “Trump from Pahrump,” but in a year when women are running for office — and winning — in record-breaking numbers, this race is a test of Trump-style politics in the era of the Women’s March and the #MeToo movement.

Romanov says that despite her uphill chances in the solidly Republican district that stretches from the outskirts of Las Vegas to rural Pahrump, women of all political stripes are taking stock in her campaign.

Click here to read the full article published by NBC News on 28 August 2018.