Only One Woman Will Serve in GOP Congressional Leadership in 2017

Only One Woman Will Serve in GOP Congressional Leadership in 2017 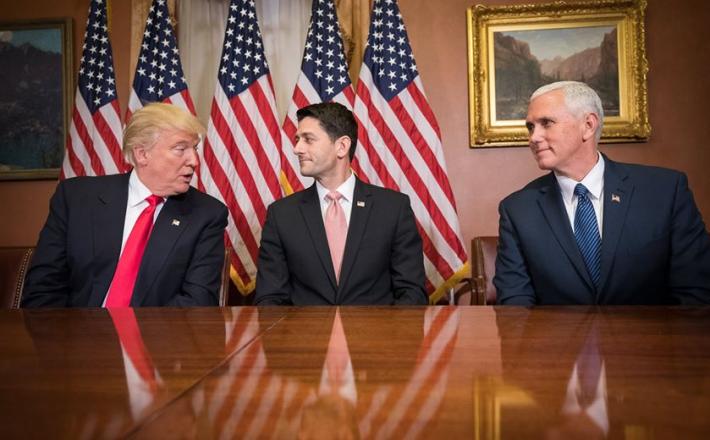 Republicans in the House and Senate have chosen their party's leaders for the next two years, and fewer women will be present in the top ranks.

Just one woman, Rep. Cathy McMorris Rodgers, was re-elected to her slot as Republican conference chair, will be in Republican House Leadership. That's down from the last Congress when three women held leadership positions. Two of the women decided not to run for re-election to their leadership posts, including one who wants to chair a committee.

In the Senate, the gender breakdown is even more drastic: No women will serve in any of the six leadership positions. And no minorities will be represented among the GOP leadership in either chamber.

The lack of diversity comes at the end of a bitter election cycle in which President-elect Donald Trump ran on a platform that attracted primarily white men and largely ignored the advice of the Republican Party's introspective "autopsy" that recommended the party has to do better to appeal to women and minorities.

The new makeup is the least diverse leadership team in at least six years. After the 2012 election, Republicans made an effort to expand their ranks among women, voting for four women to leadership, including a freshman representative.

Republican Rep. Marsha Blackburn of Tennessee said she is concerned about the lack of women in leadership.

"It's an unfortunate occurrence when you look at it in the aggregate but then you have to also look at the fact that some of us chose to not spend our time on those activities," she said. "It's not our choice for where we want our energies to be placed."

The 115th Congress will tie the record for the most women elected at 104 - 19 percent of the two legislative bodies. But the number of Republican women in Congress will also decrease when the new Congress is sworn in in January. In the House and the Senate for 2017, 26 Republicans are women compared to 28 in the current group of legislators.

On the Democratic side, no people of color serve in leadership but two of the top four spots will be women. And five women will serve on their expanded leadership team of ten.

Still there is some criticism for their lack of diversity.

House Democrats have not held their leadership elections yet. They've been postponed until November 30 because of concerns about the future of the party after a disappointing on election November 8.

The caucus, who chose the first woman speaker of the House in 2006, Rep. Nancy Pelosi, could replace her.