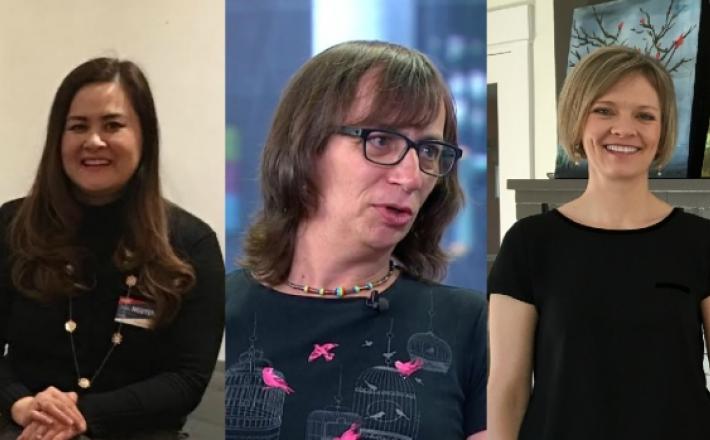 A record number of women ran in British Columbia's (B.C.) provincial election, but that failed to translate into an increase of women in the province's legislative assembly.

While 111 women were on the ballot, only 34 were elected.

Based on the current numbers, 39 per cent of MLAs elected were women —  a one per cent increase over the percentage of women MLAs at time of dissolution of the legislature for the 2017 election.

With 34 out of 87 seats in the legislature now held by women, B.C. leads Canada in terms of gender representation in provincial politics.

But Grace Lore, a senior researcher with Equal Voice, an organization that tracks women's participation in politics, says more needs to be done.

"The fact that we haven't increased that much since 2013 is, in itself, disappointing, but it's more than that, because we had an opportunity to," she said.

"We saw an increase in terms of candidates, and so we would have liked to have seen a similar increase in the number of women elected."

Lore said that, according to an analysis conducted by Equal Voice, female candidates with the B.C. Liberals and the NDP were more likely to have run in ridings where their party lost by 10 per cent in 2013.

They were also less likely to run in ridings where their party had previously won by that proportion of votes.

"Nomination and incumbency are really big barriers for women entering politics, and nomination races are tougher when the party has a stronger chance of winning."

Click here to read the full article published by CBC News on 11 May 2017.