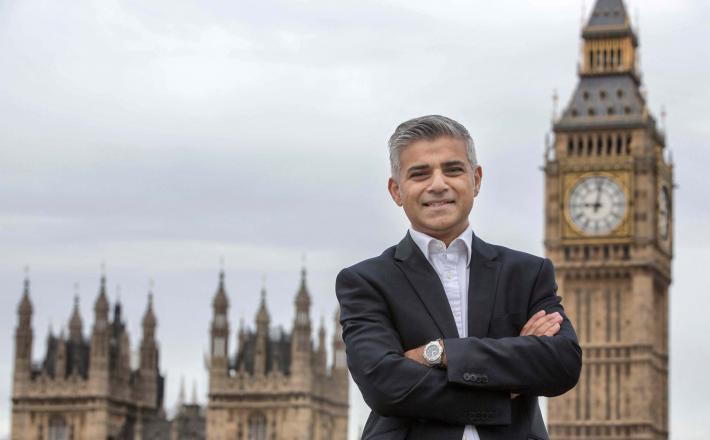 London’s new Labour mayor Sadiq Khan has announced key members of the team he hopes will help him deliver his manifesto pledges as he embarks on his first term as mayor. It is a line-up which, as promised, gives senior roles to women, confirms his determination to alter the economics of housebuilding in the capital and also demonstrates his recognition of the need to work productively with national government.

Top of the list comes Valerie Shawcross, who will be his deputy mayor for transport and also, pending formal confirmation, his deputy chair of theTransport for London (TfL) board. Shawcross, who has just stepped down as a member of the London Assembly after 16 years, has considerable experience of dealing with transport issues and a sound grasp of the mysteries of TfL’s finances. These strengths will be vital to implementing Mayor Khan’s transport agenda, which includes improving conditions for cyclists, pedestrianising Oxford Street and implementing a four-year fares freeze without damaging the capital’s transport investment programme.

While chair and deputy chair of the Assembly’s transport committee, Shawcrossdemonstrated the insight and grip needed for forging a new relationship between the mayor’s office and TfL. Her cross-examination of TfL commissioner Mike Brown during the election campaign partially unravelled the transport body’s controversial estimate that the cost of the fares freeze would be far higher than Khan had claimed. Shawcross commands respect in TfL circles, which should go a long way towards helping her make a success of her new job.

Former Labour transport minister Andrew Adonis, who had been rumoured to be in line for the transport deputy position, also has a place in Khan’s team. The mayor intends to appoint him chair of the Crossrail 2 board, a position he would fill alongside continuing to chair the government’s national infrastructure commission. Adonis’s appointment will create a formal bridge between City Hall and chancellor George Osborne, with whom Khan had what is described as “a very positive meeting” on Monday evening.

It is no surprise that James Murray is being brought in from Islington Council to become Khan’s deputy mayor for housing. Murray worked closely on candidate Khan’s housing policies and is regarded as one of the most imaginative and, in the eyes of some property developers, most obdurate borough housing leaders in town. To him will fall the hefty task of simultaneously increasing overall housebuilding and the percentage of “genuinely affordable” homes delivered within that total - a mission critics regard as a circle that cannot be squared. There is, as yet, no appointment to the companion role of deputy mayor for planning, though that is forthcoming.

Deputy mayor for policing and crime will be Sophie Linden, a former adviser to David Blunkett at the home office and presently deputy mayor of Hackney Council, where she has lead responsibility for community safety and engagement. Linden is a strong supporter of community policing, which Khan has promised to enhance. Last year, she was pressured into withdrawing a proposed public space protection order in Hackney, which included rough sleeping among a list of anti-social activities, following concerted opposition. Striking the best balance between conflicting community concerns can be difficult. It will be interesting to see what sort of working relationship Linden forges with Met chief Bernard Hogan-Howe and what her priorities for him will be.

The provisional installing of Labour AM Fiona Twycross as chair of the London fire and emergency planning authority completes the latest group of high profile appointments. They join a team that already includes Joanne McCartney AM as statutory deputy mayor - she’d be the one to step in if Khan had to step down -David Bellamy as chief of staff, Nick Bowes as director of policy, Patrick Hennessyas communications director, Leah Kreitzman as director of external and international affairs and Jack Stenner as director of political and public affairs. There remain further positions to be filled as well as that of planning deputy in due course (as they say).