Still no country for women? Double standards in choosing the next UN Secretary-General

Still no country for women? Double standards in choosing the next UN Secretary-General 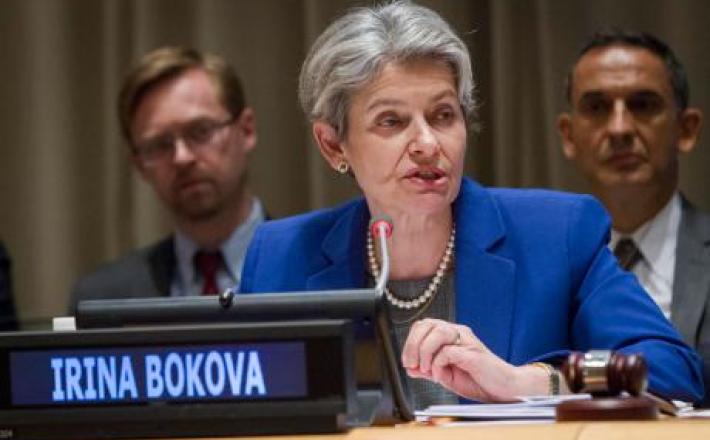 Six of the twelve candidates for the job of UN Secretary-General are women, but in the first informal vote at the Security Council only one woman made it to the top five. Why?

On July 21st the UN Security Council conducted the first (but not the final by any means) informal poll to identify top candidates for the job of next UN Secretary-General.  For the first time in history, fifty percent of the candidates - six of the twelve - are women.  But a more familiar history repeated itself during the polling: the male candidates fared much better than the women. Only one woman figured amongst the top five. Four of the five at the bottom of the list are women. Old-style geopolitics may be responsible for the outcome: candidates from Eastern European countries that are in good odor with Russia did best. But the stern relegation of most of the women candidates to the bottom half of the list means we must ask if gender bias played a role. The secrecy of the process makes it hard to know, though it is obvious that the Council ignored civil society petitions, pressure from 60 Member States, and an Open Letter signed by fifty UN experts and former leaders calling for the selection of a woman and feminist to lead the UN.

Since 1981 the Council has used an informal ‘straw poll’ to winnow out candidates who do not have the support of the permanent 5 (P5) and who will therefore be vetoed. In this rare instance of Security Council members vote anonymously, members indicate which candidates they would ‘encourage’ or ‘discourage’.  They can also hedge and indicate ‘no opinion’.  As is Security Council tradition, no results were shared officially. However a quickly leakedtally of the votes  sparked a flurry of analysis of this first Council sorting of the contenders.