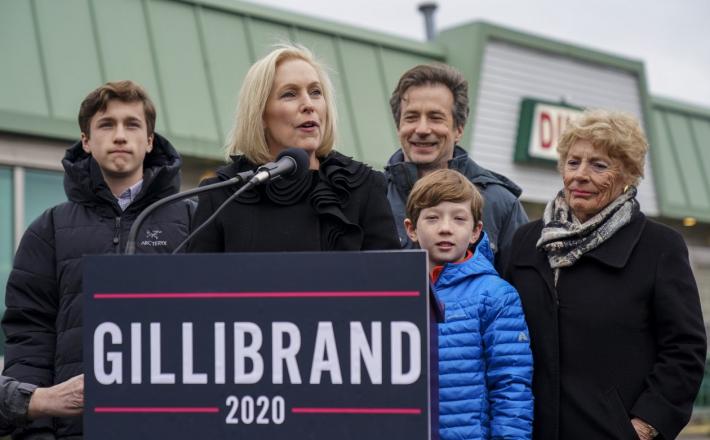 Sen. Kirsten E. Gillibrand has drawn some harsh media coverage since launching her bid for the Democratic presidential nomination in January – but in that, it seems she's part of a sisterhood.

Women candidates for the Democratic nomination are consistently receiving tougher coverage than their male counterparts, according to a recent study of 130 stories from the nation's top news websites.

The study – Storybench 2020 Election Coverage Tracker by the Northeastern University School of Journalism – examined the positive and negative terms used in campaign stories from The Washington Post, The New York Times, The Huffington Post, CNN and Fox News.

Only about 40 percent of the terms in the stories about Gillibrand could be considered positive. That's a lesser percentage than for any other candidate.

"The New York senator is getting less coverage than her counterparts, and when she does get it, it’s mostly negative," researchers concluded. "That unfortunately seems to be the rule, not the exception."

Click here to read the full article published by Buffalo News on 14 April 2019.