From Sudan to the Security Council: Sudanese women lead drive for change

From Sudan to the Security Council: Sudanese women lead drive for change 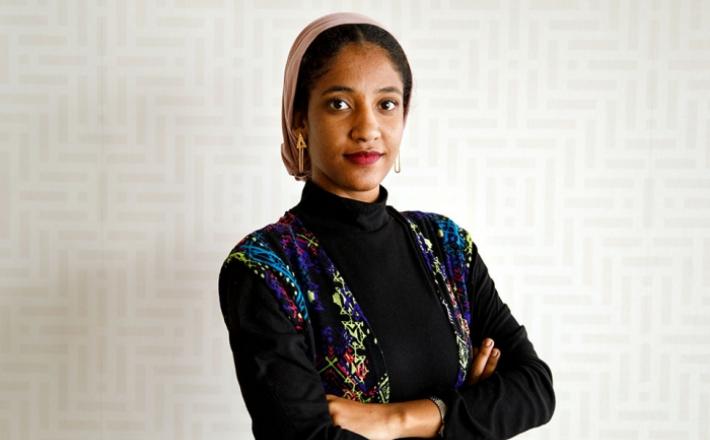 On 8 April 2019, Alaa Salah took to the streets in protest of the declining economic state of her country, just like thousands of other students and young people in Sudan. She had no idea that she would become the face of the Sudanese protest movement.

By 11 April, the President of Sudan had been arrested, and a photo of Salah, standing atop a car in all white and leading a crowd in a chant, had gone viral.

The iconic photograph highlighted women as a driving force of the movement.

“I was so surprised about that image,” Salah said to UN Women during her recent visit to New York, where she was speaking at the UN Security Council. “Ever since the start of the revolution, I’d been going on the streets and singing. I didn’t know that day would be any different.”

Since her photograph gained international attention, Salah has become even more involved in the movement.

She started meeting and learning from other women who had more political experience, to better understand the political process.

That summer, Salah received the invitation to speak on behalf of all Sudanese women at the annual UN Security Council Open Debate on Women, Peace and Security.

“My journey to you was forged by a long line of Sudanese women who have fought for peace and justice in our communities for decades, well before we arrived at this important moment in the future of Sudan,” she told the UN Security Council last week.

Click here to read the full article published by Relief Web on 7 November 2019.