These female Afghan politicians are risking everything for their homeland

These female Afghan politicians are risking everything for their homeland 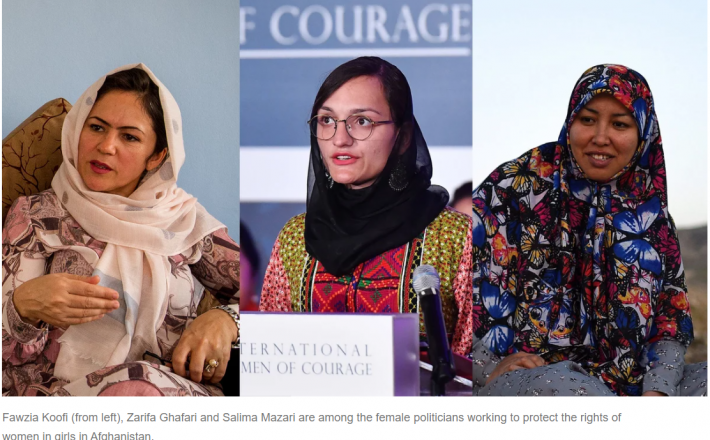 The Taliban have taken over Afghanistan, but there are still forces of opposition attempting to maintain human rights in the country. Many Afghan political leaders, including former president Ashraf Ghani, fled the country, but several female politicians stayed to resist the Taliban on the ground.

"My dear homeland, I know you are suffering and in pain," Zarifa Ghafari, one of Afghanistan's first woman mayors, tweeted on Aug. 14. "... your real children who are looking to build you are very hard but with full courage trying to pull you out of these bad days."

Women bureaucrats like Ghafari are risking their lives and freedom to not only save their country and people — but to maintain the the rights of women and girls. When the Taliban previously held power in Afghanistan from 1996 to 2001, women and girls were denied basic rights, including the ability to learn, work or travel.

The Taliban have promised to respect women's rights and to recruit women to join the new government, but many remain skeptical. There have already been reports of Afghan women being forced to marry fighters and being publicly flogged. In Herat, female members of parliament had their houses searched and their cars taken away.

Click here to read the full article published by NPR on 18 August 2021.