US: New PAC focuses on increasing number of women elected to office in Wyoming

US: New PAC focuses on increasing number of women elected to office in Wyoming 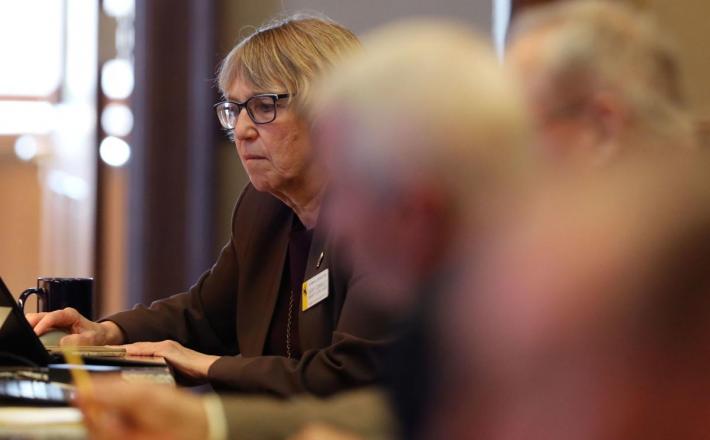 As election season gets underway in Wyoming, several top women in state politics announced this week they would be launching a nonpartisan political action committee tasked with promoting women seeking elected office.

The Cowgirl Run Fund, which officially registered with the Wyoming Secretary of State’s office earlier this year, seeks to “support and encourage women who promote economic opportunity for women, support increasing access to healthcare, and have a history of civic engagement to run for state and local office in Wyoming,” according to a news release.

Already fundraising and with money in the bank, cofounders JoAnn Skeim-True (state committeewoman for the Natrona County Republican Party) and Jen Simon (the founder of the Wyoming Women’s Action Network) say the organization hopes to undo a trend of male domination in Wyoming’s citizen-driven politics, where low levels of compensation, increasing levels of time demand and societal constructs have intersected to create an electoral environment in the state among the nation’s worst for female representation.

And the women behind it are accomplished in their own right. In addition to Skeim-True and Simon, the PAC’s board of directors includes Casper businesswoman Lisa Burridge, Teton County Commissioner Natalia D. Macker, Casper hotelier Renee Penton Jones, Nicolaysen Art Museum Executive Director Ann Ruble, and Lisa Scroggins, director of the Natrona County Public Library.

Click here to read the full article published by Star Tribune on 21 May 2020.