US: The very real effects of having more women in office

US: The very real effects of having more women in office 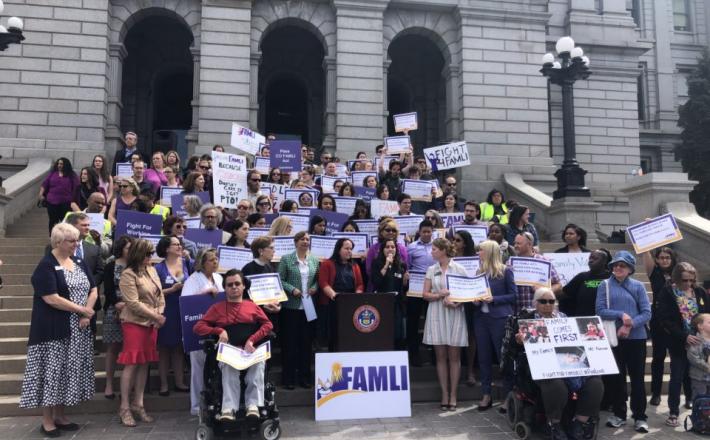 Colorado is already seeing the tangible benefits of having more women in the legislature, including a handful of bills aimed to uproot gender inequity in the workplace.

After winning historic representation in the Colorado legislature in 2018, women legislators brought their lived experiences as workers, business owners, mothers, and caregivers to the state Capitol. Now, these lawmakers are sponsoring a collection of bills that address how gender inequities in the workforce impact women over the course of their careers. “Women being around the table changes the conversation,” says Sen. Kerry Donovan (D-Vail). “If your elected body does not represent the same mix as the state, then you are not exactly hitting the mark of representational government.”

Female-sponsored legislation to drive equal pay for equal work, allow local governments to set minimum wages, create a family leave insurance program, and increase retirement savings have been brought up throughout the session, with a goal of leveling the playing field for working women and their families. While these bills affect all Coloradans, lawmakers say they would disproportionately impact how women earn, spend, and save in an evolving workforce.

On average, Colorado women earn 81.5 cents for every dollar earned by a man—a statistic that barely budged over the last decade. Over a 40-year career, that means Colorado women lose $405,440 to a lifetime gender pay gap, according to the National Women’s Law Center (NWLC). The intersection of gender and race creates an even wider gap for women of color in Colorado, who face lifetime wage losses of $915,000 for black women, $1.09 million for Native women, and $1.14 million for Latina women. “Placing all of our focus on one identity, gender, can actually undermine the very real and very persistent ways in which both implicit and explicit racism and bias continue to permeate our society,” said Sen. Julie Gonzales (D-Denver) while discussing an Equal Pay Resolution on the Senate floor.