US: Why young women might get more women elected

US: Why young women might get more women elected 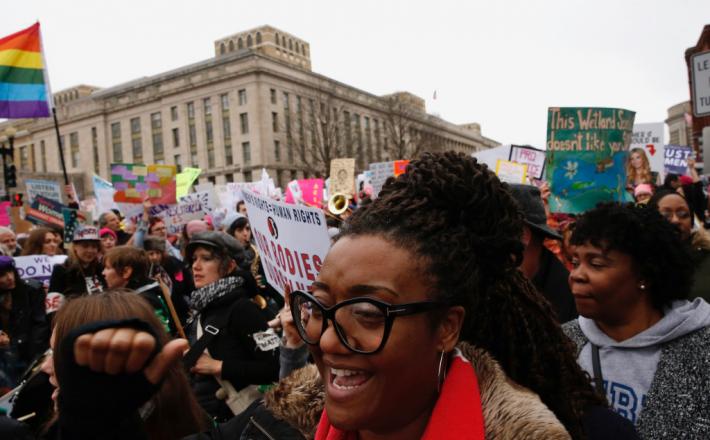 The 2018 midterm elections are shaping up to be a watershed year for women and politics. Not only are a record number of women running for political office in 2018, but many of them are running campaigns that tout the underrepresentation of women in an effort to galvanize the women’s vote. MJ Hegar, an Air Force veteran and young mother running for Congress in Texas as a Democrat, said that “women are sick of” male elected leaders promising to protect women’s rights. Her biographical campaign ad, “Doors,” featured prominently the significant obstacles she faced as a woman in the military. This theme was also picked up by Alexandria Ocasio-Cortez, a Democrat from New York, who began one of her ads by saying that “women like me are not supposed to run for office.” Kelda Roys, a Democrat running for governor of Wisconsin, ran a campaign ad in which she breastfed her baby.

A recent CBS News poll found that roughly two-thirds (65 percent) of women age 18 through 44 believe the country would be better off if more women were serving in political office.

Click here to read the full article published by FiveThirtyEight on 5 July 2018.