A woman’s place is in the resistance: From the Aurat March to Shaheen Bagh

A woman’s place is in the resistance: From the Aurat March to Shaheen Bagh 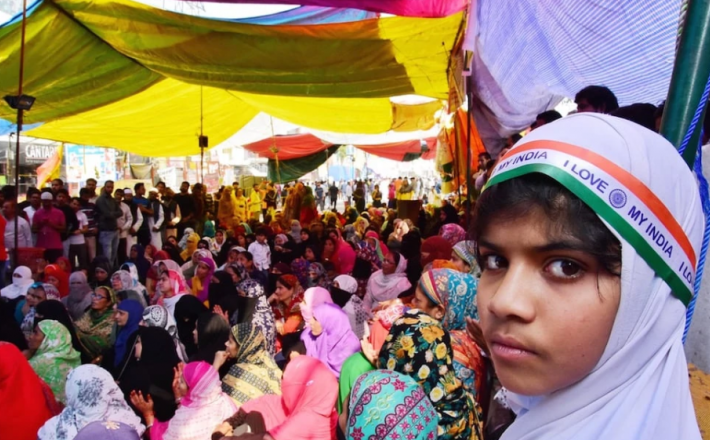 In 2018, several feminist groups in Pakistan organized marches under the banner of ‘Hum Auratien’ or simply Aurat (‘We Women’ in Urdu) in time for International Women’s Day on 8 March. These marches, held in the cities of Karachi, Lahore, and Islamabad, mobilized thousands who called for an end to gender-based violence and demanded the protection of women and provision of services to all sexual minorities.

Conceptualizing the Aurat March and turning it into an annual protest event is an outstanding achievement. Beyond that, it has united different networks to fight patriarchy and challenge policies that enable violence against women. Since its inception, it has striven for inclusivity, welcoming the participation of all who are committed to combatting gender violence.

But its success has also generated online and offline backlash from conservative sectors in society. Participants were harassed, bullied, and targeted by vicious trolls. Some of the attacks have come from women.

Click here to read the full article published by Ifex on 4 March 2020.