Women have been a lot less visible in this UK general election campaign – why?

Women have been a lot less visible in this UK general election campaign – why? 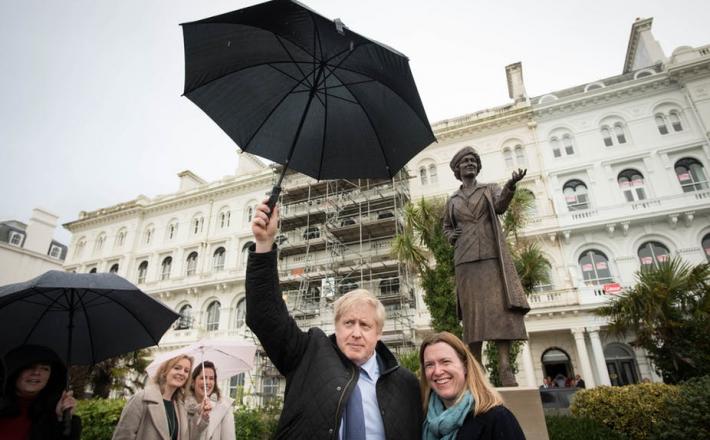 Every general election is haunted by the ghosts of campaigns past. The most significant spectre in 2019 has to be Nancy Astor, who on December 1 1919 was the first woman to take her seat in the House of Commons as an elected member of the UK parliament – and to whom a statue was unveiled in Plymouth on November 28, the anniversary of her election. One wonders what she would make of the gender politics of this campaign.

The omens were not good from the outset. The prime minister was criticised for his sexist phraseology, separately describing Jeremy Corbyn as “a big girl’s blouse” and David Cameron as “a girly swot”.

Meanwhile, Alun Cairns resigned as Welsh secretary after allegations emerged that he knew of an aide’s role in sabotaging a rape trial. He has vowed to “clear his name”. Alarm has also grown about the horrific abuse women MPs, particularly those of colour, suffer online and in the streets.

In a speech this week at the unveiling of Astor’s statue, Theresa May, the former prime minister, voiced concern that the decisions by several influential female parliamentarians not to seek re-election were linked to the growing toxicity of public life.

The media play a vital role in promoting gender equality in politics and challenging discriminatory practices and discourses. This was a cornerstone of Liberal Democrat leader Jo Swinson’s failed legal challenge against ITV for excluding her from the televised Leaders’ Debate on 19 November. Party considerations aside, she argued the broadcaster’s decision reduced significantly the visibility of a female political leader as a role model for young girls and women. As Marian Wright Edelman once said about the need for positive and diverse female representation: ‘You can’t be what you can’t see’.

Click here to read the full article published by The Conversation on 29 November 2019.