The women of Myanmar: ‘Our place is in the revolution’

The women of Myanmar: ‘Our place is in the revolution’ 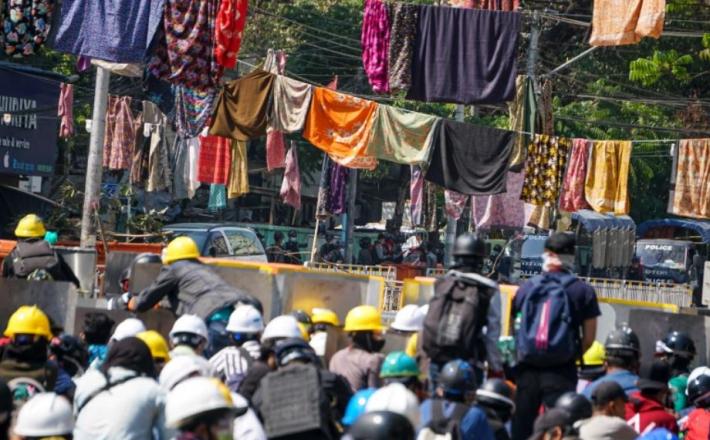 Some 60 percent of protesters against the military coup are women who fear their hard-won rights hang in the balance.

Every day at sunrise, Daisy* and her sisters set out to spend several hours in the heat cleaning debris from the previous day’s protests off the streets of Yangon, Myanmar’s largest city.

Protests have erupted around the country since the military seized control of the government after arresting democratic leader, Aung San Suu Kyi, on February 1, and declared a year-long state of emergency.

According to the Assistance Association for Political Prisoners (AAPP), a non-profit rights organisation formed by former political prisoners from Myanmar and based in Thailand, 715 civilian protesters have been killed and more than 3,000 people have been charged, arrested or sentenced to prison for taking part in protests. March 27 marked the deadliest day of the anti-coup protests so far, with more than 100 deaths in a single day.

Click here to read the full article published by Al Jazeera on 25 April 2021.