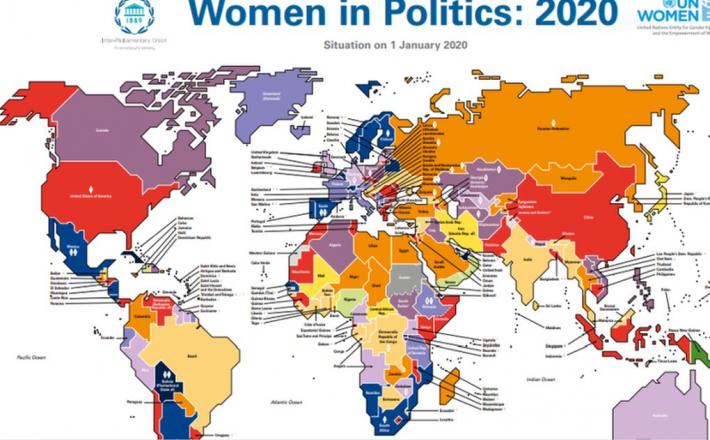 Prepared by the United Nations (UN) Women and Inter-Parliamentary Union (IPU) since 2005, the "Women in Politics 2020" Map has been released.

The map has shown that while women's representation in political decision-making continues to increase, albeit at a dragging pace, three-quarters of parliamentary seats are still held by men around the world.

According to the "Women in Politics 2020" Map, 24.9 percent of all parliamentarians around the world are women. While Rwanda, Cuba and Bolivia have ranked on the top of this category, Turkey has ranked 122nd among 193 countries, marking a degrade of two rankings in comparison with the previous year. In 2017, 14.9 percent of MPs in Turkey were women and the country ranked 132nd in the category of women in parliament.

As for the ranking in women in ministerial positions, Turkey has ranked 138th among 190 countries with 11.8 percent of women ministers.

Click here to read the full article published by Bianet on 31 March 2020.