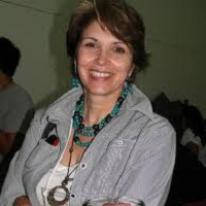 Erika Brockmann is a psychologist by training. She completed graduate studies in gender and development, political science and democracy studies.  Ms. Brockmann was a Member of Parliament of Bolivia from 1997 to 2005, representing the Left Revolutionary Movement (Social Democrats), a party she has been member of for 30 years.  She was the fourth primary woman senator in the country’s history.  She also presided over the Senate’s Decentralisation and Local Development Committee for five years and promoted the formation of the first commissions for parliamentary ethics in the Senate and the Chamber of Deputies.  Ms. Brockmann has promoted and proposed important legislative initiatives both nationally and locally on the issues of gender equality and constitutional reforms from 2002 to 2004.  She has currently placed her party membership aside in order to participate in the Council of the PRISMA Institute and serves as commenter in various academic circles for political refection.  She has authored a range of publications and writes columns for several important newspapers.  She furthermore facilitates inter-party events and gives speeches at national and international forums.  She is founder and board member of the Gregoria Apaza Centre for the Promotion of Women and Women’s Coordinator.  Ms. Brockmann was also recognised on October 27th 2007 with the Democratic Merit Award for her contributions during 25 years of building democracy.