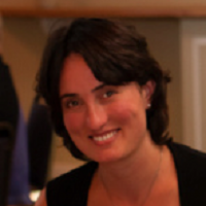 Gabrielle Bardall is an academic and an electoral assistance expert with a decade of experience supporting electoral processes in transitional states. She has worked in more than 25 countries with international organizations including UNDP, UN Women, DPKO, IFES, DRI, Carter Center and others. As a gender specialist with UNDP and UN Women in their New York headquarters and in country offices, she has contributed to several cutting-edge publications on enhancing women’s political participation and has provided training on gender and elections to electoral administrators from over 50 countries. Her research on gender and electoral violence pioneered the study of the field. During the post-revolution elections in Egypt in 2011-2012, she became the first Gender Expert to be deployed on the core team of a Carter Center observation mission, bringing women’s exclusion to the forefront of mission priorities. Gabrielle holds a BA from McGill University in Montreal and a Masters degree from the Institut d'Etudes Politiques de Paris.  Motivated by her professional work, Gabrielle is currently completing her PhD at the Université of Montréal. She is a 2012 Trudeau Scholar, an Expert BRIDGE facilitator and alumni of the Women’s Campaign School at Yale University.