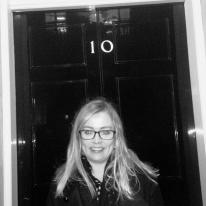 Julie Ballington is the Policy Advisor on Political Participation in the Leadership and Governance Section at UN-Women. She oversees the section’s work on women’s political participation, including in electoral assistance, parliamentary strengthening, political party support and governance at the local level. She previously served as UNDP’s Gender Advisor  in the Global Programme on Elections within the Division for Democratic Governance.

Prior to joining the United Nations, Julie was the Programme Specialist in the Gender Partnership Programme at the Inter-Parliamentary Union based in Geneva, where she worked on enhancing women’s participation in parliaments, electoral processes and within political parties. She also led the project on Gender Sensitive Parliaments assessments and research. From 2001-2005 she was responsible for the Women in Politics Programme at International IDEA in Stockholm, where she initiated the global project on Electoral Quotas for Women. She also previously worked at the Electoral Institute of Southern Africa (EISA) based in Johannesburg, managing the work on gender related aspects of electoral participation and administration in southern Africa, and was seconded for a short time to the Independent Electoral Commission of South Africa during the 2004 election. She has also participated in several electoral observation missions in Africa and the Middle East.