Law as a first step to equal rights 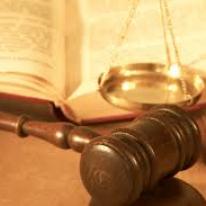 By Graziele Grilo I watched the movie “The Judge” and one quote of Billy Bob Thornton’s character got my attention. At a certain point in the movie, he says “The law is the only thing capable of making people equal”. I kept thinking about it because it reminded me of an article published during International Women’s Day stating how many laws still exist that prevent women from having equal rights.

These laws put women in submissive roles compared to men and treat them as property. For example, in Yemen the wife must have sex with her husband whenever he wants as well as having to obey him and ask for permission just to leave the house. In Nigeria, husbands are allowed to use physical force as a means of “correction” for their wives. Some of these laws are more subtle but still limit women’s rights compared to men. In Madagascar, women cannot work at night unless employed in a family business. In Russia, there are many jobs that women are not allowed to do like train conductor.

During the Beijing 95 Conference - when governments gathered to discuss women’s conditions and rights and establish goals to promote gender equality, the 189 participating countries reaffirmed their commitment to end discriminatory laws based on gender. Now, twenty years later, there is still much to be done, but some countries have started reviewing their laws and since 2000 many laws have changed. Women are no longer prohibited from working at night in France and Bolivia, for example. In Nigeria, women are not required to obey their husbands anymore.

This month Brazil’s president Dilma Rousseff signed a law criminalizing femicide, which is the murder of women motivated by gender. According to the study “Mapa da Violência” (Map of Violence) from 2012, Brazil is ranked as the 7th worst country with regard to murders of women (after El Salvador, Trinidad and Tobago, Guatemala, Russia, Colombia and Belize). This law imposes harsher penalties on the aggressor and reaffirms the government’s commitment to empower women and promote gender equality.

Regarding Billy Bob Thornton’s position in the movie, I have to say that I do not agree 100% with the quote, because the law alone does not change people’s thoughts and feelings. It is, however, certainly the first step towards promoting equality, especially under the government’s supervision. It is the only way to achieve justice and demand more financial resources.